Normally the buttons inside Totem app are mapped to motor outputs directly. If we press a button - motor starts to spin, and stops on release. This is quite limited functionality. X4 board allows to have custom actions programmed and we will make an example of waving a servo motor arm.

For more about buttons editing you can read Setting up Totem robot controls.

Now, when we click this button, a value 100 will be sent to command functionA. On release - -100. These values can be changed by adjusting the slider. X4 board can intercept this command and read it's value. By doing so, we can program a certain tasks to execute. There are 4 auxiliary commands in total: functionA, functionB, functionC, functionD and each one can be used.

We will write a code to wave servo arm. The motor itself is connected to servo channel A. Arm can move 180 degrees, and parameter values corresponds in range from -100 to 100. Look at the image below to see how it's related: 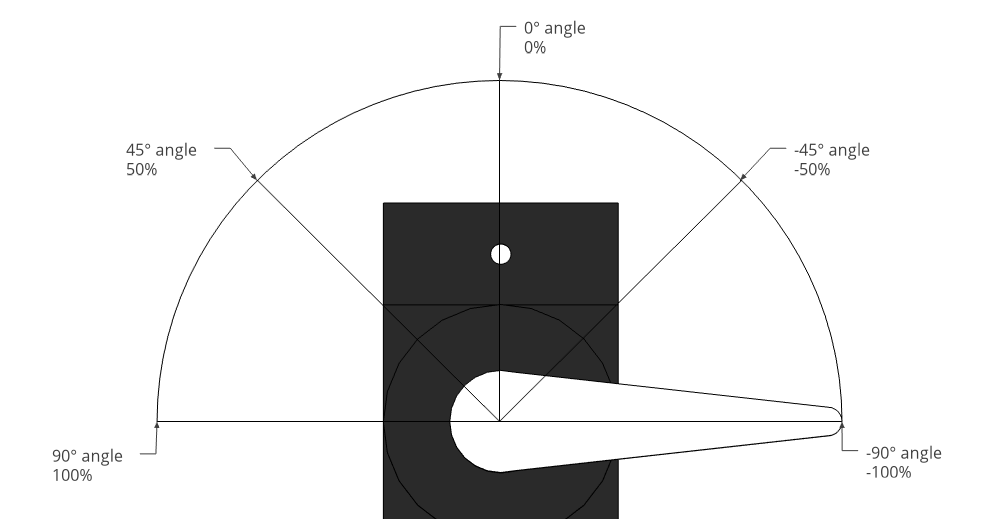 Inside function loop() we are calling moveServo() to execute sequence and it is repeated every 2 seconds. The result should look like this:

Now let's move this servo arm only when in-App button is pressed. As bonus, we will indicate button press with on-board LED. To detect command events we need to add a little bit more code:

When uploaded this code to X4 board, connect with Totem App and try pressing created button. Servo arm should move and LED light up.